OptiSurf® is ideal for the non-contact measurement of the center thicknesses of single lenses and plano optics as well as for the measurement of air gaps in optical systems. The low-coherence interferometer measures all surface distances in an optical system in just one scanning operation and with an accuracy of up to 0.15 µm. Its innovative alignment, adjustable sample tray and intuitive software ensure the exact positioning and measurement of lenses and optical systems in the easiest way possible. This makes OptiSurf® particularly suitable for use in production.

With an accuracy of up to 0.15 µm, the measurement results meet the highest demands. Lens surfaces and surface distances are automatically identified respectively calculated.

The non-contact test method using short coherence is particularly gentle on the material and flexible. Thus, measurements of UV, VIS and IR specimens even with anti-reflection coating are possible.

The innovative adjustment, the variable sample holder and the software simplify the alignment of the sample to the measuring axis. This means that only little training is required.

The standard for center thickness measurement 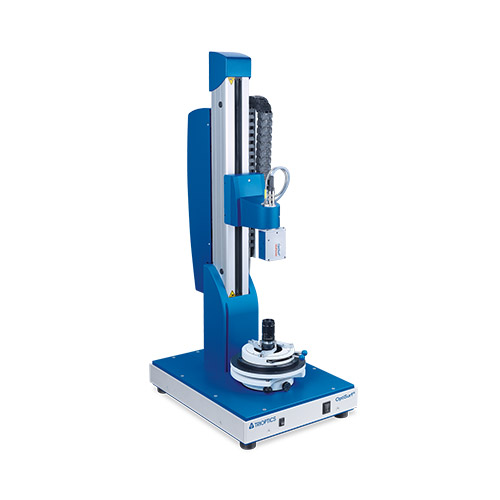 OptiSurf® is the standard for measuring center thickness and air gaps.

For the highest demands

The OptiSurf® UP meets the highest requirements with its ultra-precise center thickness and air gap measurements.

Measurement of all IR materials 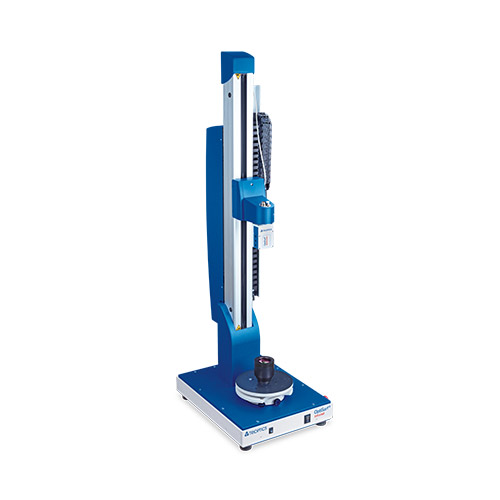 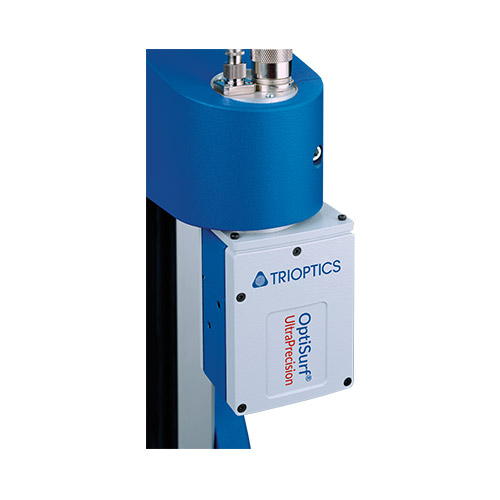 The OptiSurf® OEM can be integrated into external systems for customer-specific linking of center thickness and air gap measurements with further measurement parameters.

Your product request for OptiSurf®

OptiSurf® Professional software allows the quick and comprehensive measurement and analysis of center thicknesses and air gaps in optical systems. Both the signal curve as well as color markings in the lens system scheme permit conclusions to be drawn quickly with regard to the plausibility and completeness of the measurement. Performing multiple measurements with a statistical evaluation allows a highly reliable evaluation to be carried out. 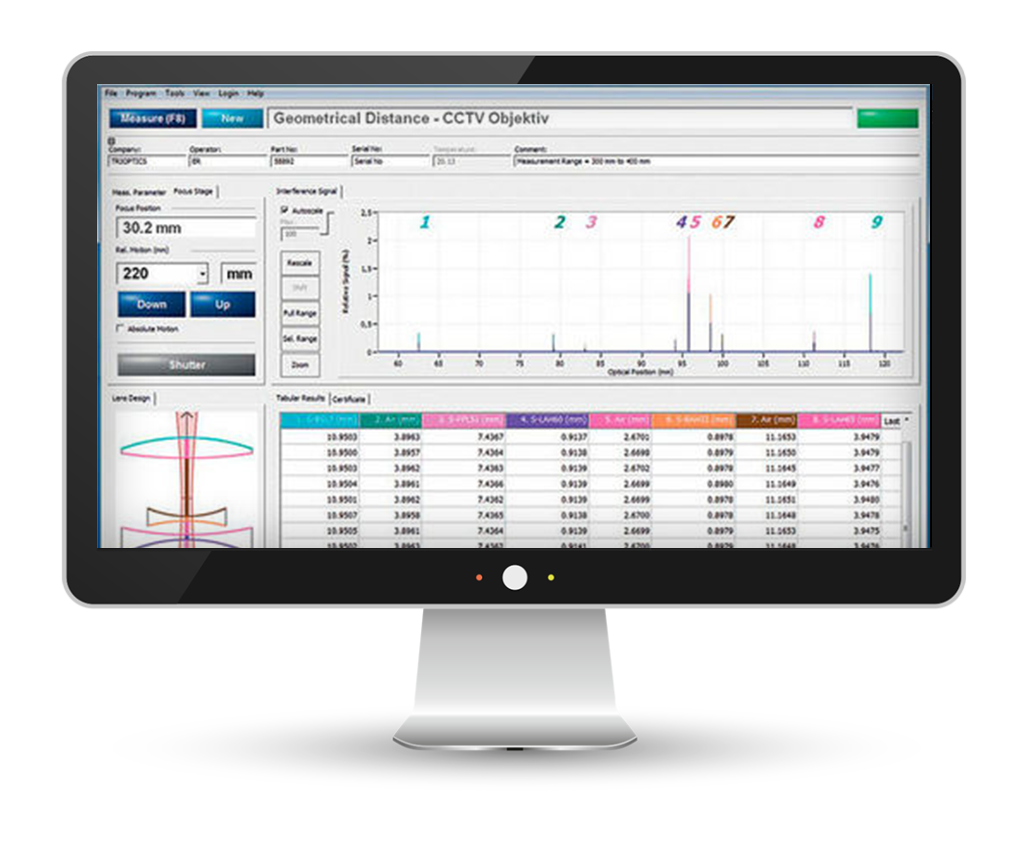 For fast and validated testing, TRIOPTICS offers the following accessories

Measurement of lens air gaps, center thicknesses of lenses, objectives and all other transparent materials

Low-coherence interferometers are used in optics to measure the center thickness and air gaps of lenses against each other, in other words the positions of optical surfaces along the optical axis can be determined. As such, low-coherence interferometry is an ideal complement to centration measurement (link to centration measurement), in which the positions of the centers of curvature are determined in the x/y direction. By combining both methods, it is possible to determine the absolute position of each surface in a mounted objective lens. TRIOPTICS products for this application: OptiCentric® 3D, OptiCentric® 3D Dual.

At the same time, centration measurement is also a prerequisite for the highly accurate measurement of center thickness and air gaps, since they can be used to determine

The design of a low-coherence interferometer, as implemented by TRIOPTICS in the OptiSurf®system is described in Fig. 1. The light from a low-coherence light source is divided by a beam splitter into an object beam and a reference beam.

The object beam illuminates the lens system along its optical axis. A fraction of the incoming light beam is reflected back at each surface of the sample. This light is superimposed on a photo detector with the light from the reference arm. The light in the reference arm is varied by means of a delay section in the time span.

The length of the reference arm is varied by means of a movable mirror, and measured using an laser interferometer. When the resulting intensity of the back-reflected reference beam and object beam are analyzed as a function of the change in length/delay of the reference arm (Fig. right) then interference patterns are always observed when the optical path lengths coincide in the two interferometer arms. Thus, the position of each surface of the sample can be determined mathematically. 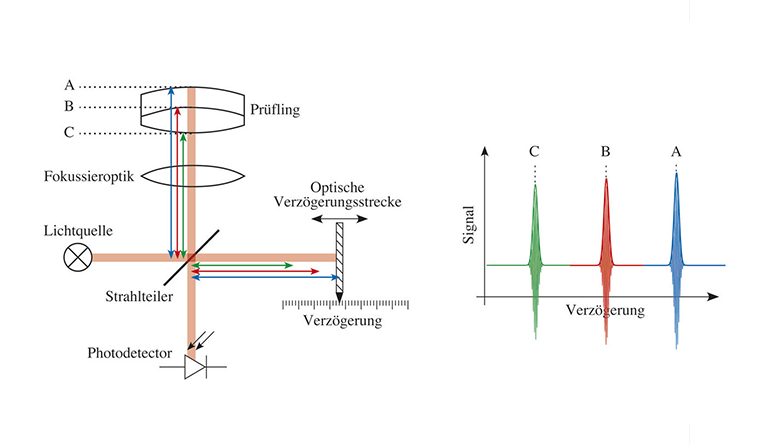 Operating principle of a low-coherent interferometer